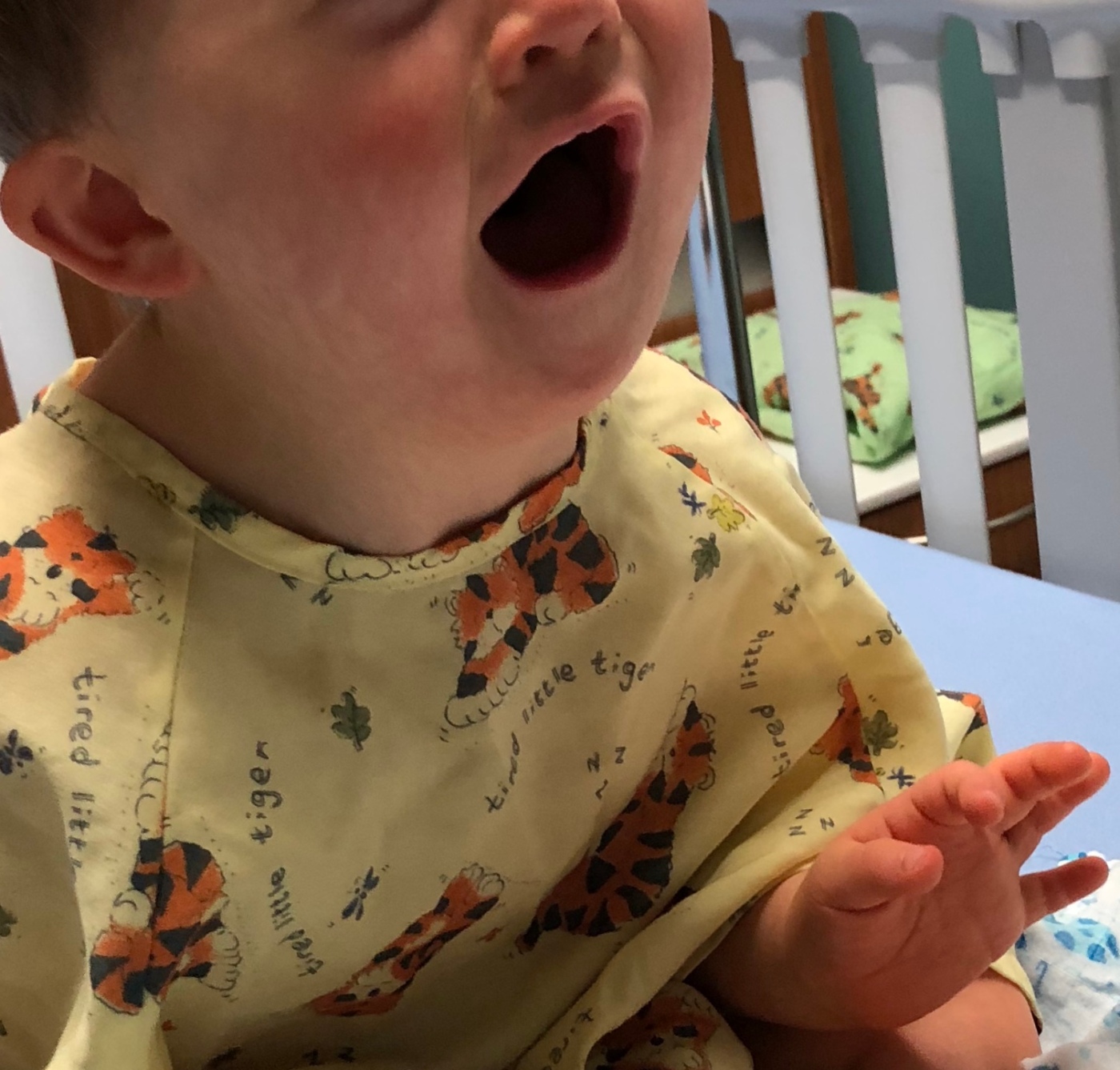 Stubborn. Spoiled. Difficult. Loud. Unmanageable. Wild. Sometimes these are the descriptors that are used for children like mine. I think the other parents of tiny like-minded kiddos would agree that we prefer to spin it another way. Strong-willed. Independent. Spirited. Free. Individualistic.

How did my easy-going baby turn into this head-strong toddler? Henry is his own man. He is 100% honest-sometimes brutally so. How do we discipline that? I don’t want to damper his uniqueness, but I do want to squash any disrespectful behavior.

I have watched my little man point at a person, frown, and then sign “all done.” If the person still is in his space he will flail his arms in an even more exaggerated “all done” which looks like a windshield-wiper arm move… he signs leaned towards or on the person. It’s hitting. I’ll call it what it is. He’s signing while hitting at the same time. Two birds with one stone. Smart little turkey. He thinks he’s slick. He knows we don’t hit others. His point will be made though. He does not want to be in this person’s presence any longer. Or he does not want to be touched by this person: not a hug, kiss, high five, no contact. This move in particular usually comes after one or two previous attempts Henry made at conveying that he is finished with the person or situation. Is it fair to put him in time out for his repeated unheeded efforts to express himself? This is the exact behavior I want him to have if someone tries to hurt him or take him, but not at doctors, nurses, teachers, or family members.

I know aggressive behavior must be addressed and disciplined quickly. It’s hard because my first impulse is to cover him; he’s tired, or teething, or tried to say he was done. He’s my baby, but he’s a stinker sometimes. He knows exactly what he’s doing when he hits or pulls hair. Time out.

The other day there was a slow shopper in front of us in the cereal aisle of the grocery store. A weaver. No lane. No list. Just meandering and reading labels and sale prices. I tried to get around her twice. Henry had enough by mid-aisle and furrowed his brow. He began yelling at her and hitting both steering wheels on the race-car kiddie buggy. I laughed. I couldn’t help it. It was like he was honking at her. I then apologized and started the painful process to turn the large double-Decker buggy around. Henry gleefully spun his tiny steering wheel turning us around and looked up at me. He beamed a huge mischievous grin. I tried to say, “No yelling” with a straight face. I failed. He chuckled with a closed mouth smirk. He then thought it was wonderfully funny to yell at this lady every time we saw her in the store.

His facial expressions are hilarious when he is mad. He has a stink eye that is world class. We have to really REALLY make an effort not to smile or laugh when he’s acting out. It’s hard. He has preferences. Strong ones. He fully lives up to his name. Little king of the house.

Once he has his mind set there is little to do to try to coax him into doing anything else. He hates being pushed into any fine motor activity- puzzles, coloring, shape sorting. The activity has to be his idea. He will throw himself in the floor and wail like it’s the end of the world. I feel him. I hate to be pushed into anything too. I want him to do what makes him happy but I don’t want him to not try a skill just because it’s hard. We want him to be well rounded. We gotta push a little.

One of my fears is to have people hurriedly whisper in a crowd, “Oh no. Here come the Thrasher’s with their kids.” Our little king. We are so proud of him. We want him to be wholly himself: independent, strong-willed, and free. We just gotta find out how to keep him from being impossible to be around. We gotta find balance.

Start a Blog at WordPress.com.